(I know, I know—I said I’d post next week, but given I put it together faster than anticipated, I figured, “Why wait?”).

As promised, I’ve put together Part Two of my Indie Author Appreciation blog entry, with another five indie authors to spotlight. So, let’s get to this, shall we?
As you may recall from my last entry, the purpose behind this is to show support for some of those lesser-known talents in the indie publishing industry. Authors that I feel are too incredible—each in their own ways—to not be given the attention they deserve. Writers that have put in the time and effort to create stories that tickle our funny bones or warm our hearts; writers that open our eyes to new perspectives, or grant us comfort through characters we can relate with; writers, in short, who have put their blood, sweat, tears, and precious time into sharing with us their innermost selves, and cut no corners while doing so.
First up is a writer of high/epic fantasy whom is fast becoming one of my favourites—David Gowey! 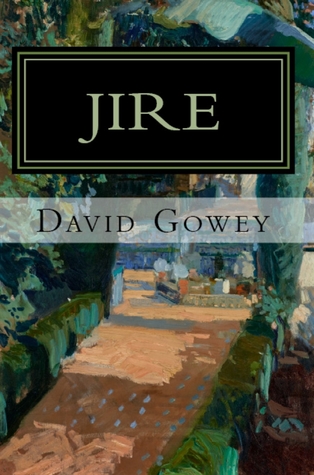 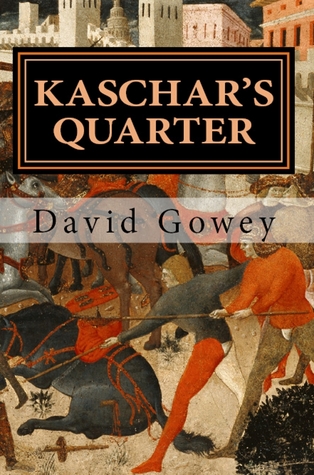 Jire is a novella set more or less in the same world as “Kaschar’s Quarter”, only dealing with a different cast of characters. It’s a solid read with an excellent, flowing narrative, and one that touches on some of the tougher aspects of taking care of family even when the family member in question causes nothing but misery and setbacks for the carer. Kaschar’s Quarter, on the other hand, is set up to be part of a series, and boy-howdy, is it one hell of a read. The synopsis is as follows:

Matthieu Sartonné thinks he knows precisely where life will take him. However, like the rest of the world, he is not prepared for what will come next. Decades of fear and hatred have spilled over from the nearby city of Cyrnne. The armies of the Evangelical Brethren march under the sign of the falling star, destroying all in their path and bringing with them a deadly sickness unlike anything the world has ever seen. Heilicon, the cradle of Matthieu’s every ambition, is the first city to fall. It will not be the last, but if Matthieu is to see any conclusion to this war, he must escape by any means he can. He sets out into a larger world that owes him nothing and will never let him stay in one place for long. But he is not alone in his yearning for a better world. Along the way, he meets plunderers, refugees, islanders, sailors, zealots, a reluctant prophet, and a family he never knew he had. Will one of these be able to give him the peace he seeks, or are they merely imperfect men like himself? Are they even real? All he knows anymore is that some power wants him to stay alive; only time will tell if that power is God or simply his own will to survive. If you want a read filled with complex characters and character relationships, political intrigue, and brilliant world-building, look no further—David Gowey’s got what you need.

The next author I want to present is a University Professor in Oklahoma with both a taste and knack for Gothic Fantasy/Historical Fiction—Joshua Grasso! 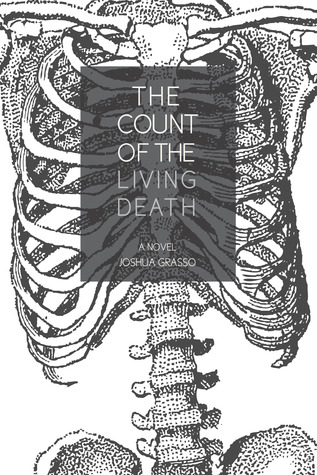 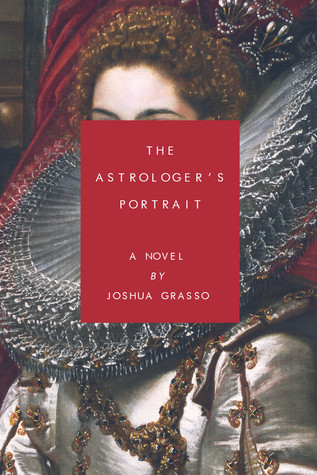 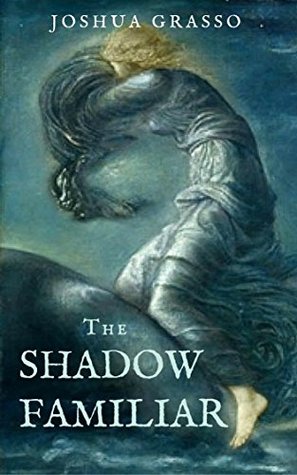 These are merely three of my favourites thus far. To my knowledge, each one of Joshua Grasso’s novels and novellas takes place in the same world; some focusing on the same cast of characters, others on new ones, and still others where much-loved characters in his series—like Hildigrim Blackbeard—make a cameo appearance. Each story I’ve read has been humorous, introspective, and chock-full of interesting, multi-faceted characters. To give you some idea of the nature of Joshua’s works, here is the synopsis for “The Count of the Living Death”:

Count Leopold always wondered about the strange chest sealed with three magic locks. His father warned him never to mention the Box—nor pry into the secret chamber where it was kept. Now the Box has begun speaking to Leopold, begging him to find the key and undo the hateful locks. If he does so, it promises him to fulfill his every desire, even offering him the hand of the forbidden—and forbiddingly named— Lady Mary Bianca Domenica de Grassini Algarotti. However, before unfastening the third lock he catches a glimpse of something unspeakable inside—and turns to the only man who shared his father’s secret, the legendary Conjurer-Magician, Hildigrim Blackbeard. A man who, if the stories are true, will exact a terrible price in return for his service.

If stories brimming with humorous shenanigans, fascinating characters, and meaningful anecdotes are your speed, give Joshua Grasso and his various works a try.

The next author I want to present has published both independently and through traditional small-press publishing—Katie Masters! 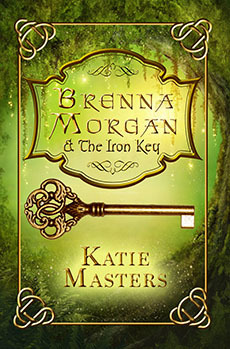 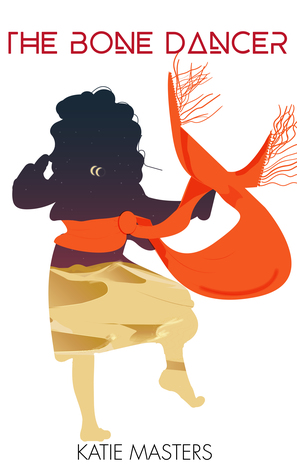 “Brenna Morgan and the Iron Key” is the first novel in a YA series published through Fire and Ice YA, a subsidiary of Melange. “The Bone Dancer” is her independently-published novella, which I found so engrossing, I finished it within a few hours. Both books are excellently written with authentic female leads, and steeped in their own kind of lore—Brenna Morgan in Irish folklore, and The Bone Dancer set in a world of its own.

The synopsis for “Brenna Morgan and the Iron Key”:

When sixteen year-old Brenna Morgan arrived in Ireland with her travel-writer mother she had expected the usual—a couple of months in a country that wasn’t her home. What she hadn’t anticipated was making a promise to a dying faerie who saves her life. Armed with only her wits and a strange iron key given to her by the faerie, Brenna is pulled into a world where myth and legend cross all too often into reality, in search for a child hidden away in their world. Knowing nothing of the faerie realm, she is aided in her search by new found friends Patrick and a reluctant faerie named Roibhilin with a grudge against humans. But the more she uncovers the more she realizes that not all is as it seems, that danger comes in the most unassuming of guises, and that the child she is sworn to protect could destroy not only the faerie world but her own as well.

If you enjoy fantasy, YA, intriguing heroines or folklore, I encourage you to seek out Katie Masters’ works for yourself.

Up next is another friend and the man who, years after writing the novella collection shown below, went on to become my editor—JB Sargent! 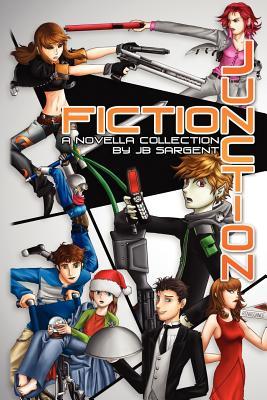 JB Sargent dives into the literary world with Fiction Junction, a collection of short stories about friendship, love, heartache, and straight up perilous adventure. With hard choices afoot and terrible truths to face, the characters of each story grow, but not on their own. They will depend on the people around them and the ones that love them the most. Though these workings are mostly young adult romances instilled with action and/or suspense, it doesn’t matter how old you are.

Likewise, you can read more of his unpublished works on his blog, as well as some insightful thoughts on writing, fandoms, games, and pretty much anything else worthy of discussion:

There’s a little bit of something for everyone here, so please feel free to drop on by and tell him what you think. 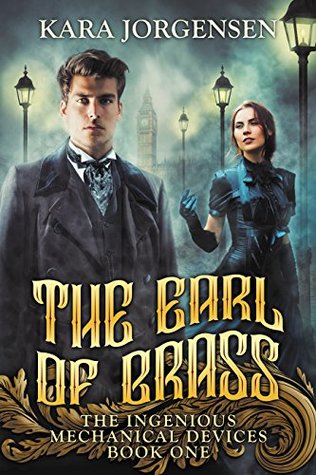 The Ingenious Mechanical Devices is a steampunk series, and thus far six books deep. Admittedly, I’ve only read the first one, but I plan to remedy that this year. The first book, The Earl of Brass, is a positively enchanting read. First of all, Kara’s attention to detail—be it the world, transportation, clothing, or prostheses—is brilliant. With the way each thing is fleshed out, you can tell she cut absolutely no corners while writing this series. The characters are intriguing, layered, and witty, and the narrative flows beautifully. I feel like a broken record, having said that about many of these authors and their books, but it’s no less true.

To give you an idea of the series, here’s The Earl of Brass synopsis:

Eilian Sorrell is no stranger to cheating death, but when a dirigible accident costs him his arm, he fears his days of adventuring are over. As the eldest son of the Earl of Dorset, Lord Sorrell knows he will face a bleak future among London’s aristocracy unless he can escape. On a quest to return to his old life, Lord Sorrell commissions a prosthetic arm, but the craftsman isn’t quite what he expected. Fenice Brothers Prosthetics is in trouble. Hadley’s brother is dead, and she is forced to pick up the pieces and finish what he started. When clients begin turning her away, she fears she will fail until she crosses paths with the enigmatic Lord Sorrell. In exchange for a new arm, he offers her a chance at adventure in the deserts of Palestine. Beneath the Negev’s sand lies something far more precious than potsherds or bones. A long lost crystal city has been found that could change Eilian and Hadley’s world forever, but they aren’t the only ones who know its secrets. Will they make it out alive or will they, too, be buried beneath the desert sands?

If you like steampunk action adventures with daring heroines and complex male leads that don’t succumb to the status quo, I encourage you to check out The Earl of Brass and the rest of the Ingenious Mechanical Devices series.

Well, that wraps up my Indie Author Appreciation entries! While there are definitely other indie authors I plan to spotlight in the future, it will most likely be some time before I do so—primarily because I have quite a few more to get into (thank you, Kindle app!) and just as many others I’ve become acquainted with, but need more time to delve into their work in full.

Know of any indie authors you really like that weren’t mentioned in either Part One or Part Two? Feel free to comment below!