As promised, I’m back with another Indie Author Appreciation entry; the series I started nearly a year ago with the intention of paying my respects to my fellow indie/small-press authors.

If you haven’t already, you can read Part One, Two, and Three at the links provided.

Without further ado, let’s get into it, shall we? 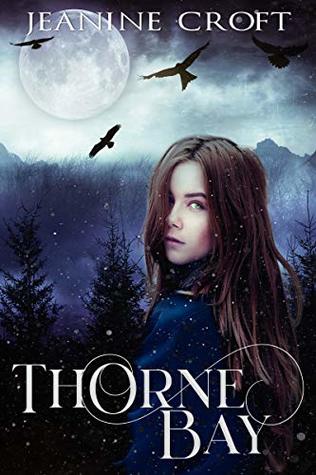 Synopsis: Disillusioned and aimless, Evan Spencer makes a pact with herself. To follow wherever the finger of destiny points. Even if that means heading to some obscure Alaskan town she’s never heard of. A place where the primal beauty of the backwoods is rivaled only by a certain pair of steely green eyes.
But Thorne Bay has a dark side. It’s not just rumors and wary gazes that shadow the darkly alluring Tristan and his reclusive family. Her search for self, as it turns out, leads to a discovery of werewolves and a fight for survival. Alaska might just leave an indelible mark. Love and Death will leave her changed forever.

Another author I became acquainted with through the Wattpad community, my introduction to Jeanine Croft’s work was through her Werewolf/Norse Mythology series (as of yet not published) the Curse of Blood Saga. The first one I read, Lair of Beasts had such a profound impact on me, I had to check out her other works–and her book, Thorne Bay, was no exception. While Thorne Bay is modern and as far as I know, unconnected to Curse of Blood and its respective stories, it too involves werewolf lore, and an intense plot full of werewolf pack dynamics, character growth, and a romance that goes from slow-burn to steamy. Admittedly, I’m not a big romance buff, but every now and then I find a book or series that is the exception to the rule–and I think, where Jeanine Croft is concerned, I’m likely to read every story she publishes in the foreseeable future.

The next author is a graphic novel artist whose work I first came across on DeviantArt; Jenny Clements! 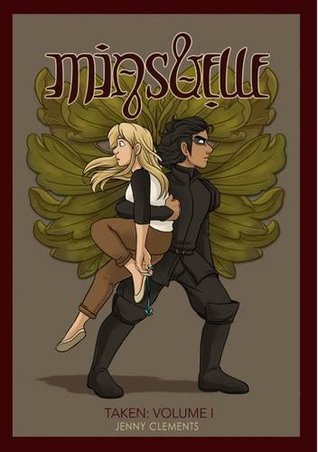 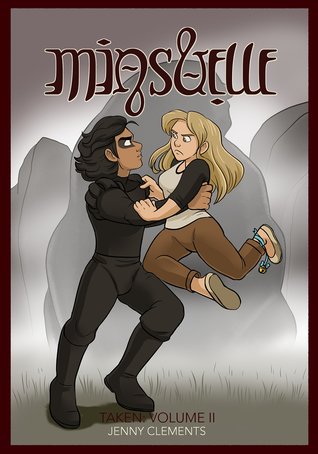 Synopsis of Vol. 1, (Mias & Elle) Taken: All Elle wanted was a holiday. Seeking a new chapter in her life after a personal loss, Elle finds her world turned upside-down yet again when Mias, a dangerous and charismatic wizard, decides to take her destiny into his own hands. Setting in motion a series of dangerous and treacherous events, both Mias and Elle must learn to survive in a world unknown to them. Will they have what it takes to achieve their desires? Or will they lose sight along the way?

Conveying just the right amount of emotion and foreshadowing takes a practiced hand when working on a novel–but to be able to convey so much via images and dialogue bubbles? That takes an exceptional amount of talent, and Jenny Clements has it in spades. I’m absolutely in love with this story, with its complex and entertaining cast of characters, and intrigued by the snippets of sub-plot sprinkled throughout. The illustrations are beautiful, the dialogue and plot fairly easy to follow, and the pacing–in my opinion–is perfect for this kind of story.

If you’re looking to get into a graphic novel series and you want something fresh and original, Taken (Mias & Elle) might be exactly what you need. 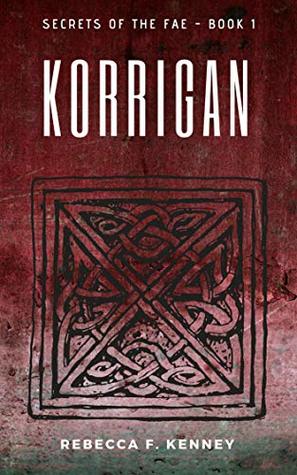 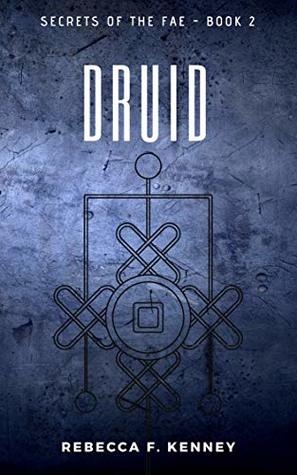 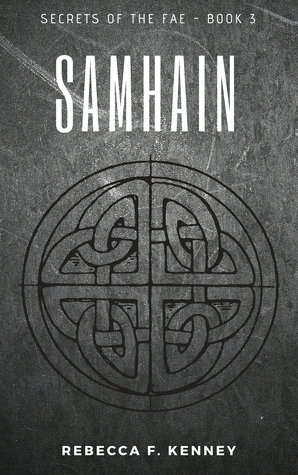 Synopsis of Korrigan: A girl at night, a caged monster during the day. Aislinn has lived in darkness as long as she can remember. She is Korrigan— and only by Life-Stealing can she keep her human shape from dawn to dusk. When she finally steps into the sunlight, the first person she sees is Zane. He’s everything she wants— handsome, sweet, and normal.
But an encounter with the Far Darrig, the malevolent trickster of Old Irish myth, changes Aislinn’s future. He opens a new realm of possibilities that are anything but normal— and with them, brings dreams and desires as dangerous as he is.
Above all, Aislinn craves choice— the right to decide her own path. But what if gaining power for herself means giving up something much more precious?

I’m not ashamed to say I absolutely ploughed through these books. They were so enticing, so addictive that it was impossible not to. Rebecca has such enviable talent; her narrative flowed, her characters and their interactions were believable, the pacing was superb, the action suspenseful, the folklore… Everything fit together beautifully. If you’re looking for a story loaded with Irish folklore, action, and a dash of romance, this series will meet your needs–and then some.

The next author wrote a beautiful story taking place in a Japan-inspired Fantasy world–Noelle Nichols! 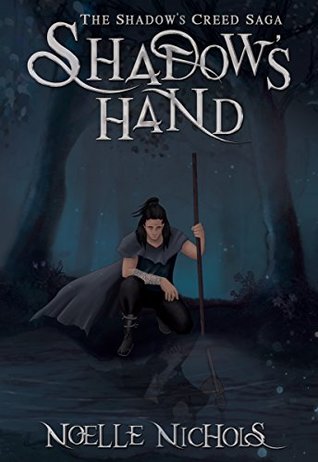 I used to believe our morals were absolute.
I no longer am certain.

Imposters pose as our Shadow group, spreading panic and killing innocents across the lands. These False Shadows wield a magic in its infancy, a power they call the Skills. There’s great potential to this power, but a menacing undertone taints those who wield it. Their intentions are sinister, without purpose, and their morals, questionable.

I am Kilo, a Shadow of Vaiyene, and I vow to put an end to the False Shadows. My friends have been slain. My homeland, threatened. These imposters know our weakness. They’re using our moral against us. I fear before the end, I may have to forsake myself. Despite this, I must persist and find a way to return peace to the lands. I am the strength our people need.

I am Shenrae, one of the next generation of Shadows, and I vow to become strong. My comrades doubt me, though I don’t blame them. I’ve no talent for battle. However, I can’t give up. My parents were killed by the False Shadows, and I will not leave my brother to and friends to face them alone.

This is no longer the world my parents knew. A change is coming, and soon I will no longer be able to hide behind the Phantom’s strength. I must be diligent in my training, or I will lose all I have left.
Shadow’s Hand is the first book in a heroic epic fantasy, inspired by Japan’s samurai and their warrior code Bushido. It’s a story about the makings of a hero and the hero’s sacrifice, told from two characters in different stages of their life. If you like characters with strong morals, fast-paced epic storytelling and exploring magic’s morality, you’ll love the Kiriku: Land of Hope Trilogy. Pick up a copy today and join Kilo and Shenrae on their heart-twisting journey to restore peace.

There isn’t much I can say that isn’t already stated in the synopsis. Shadow’s Hand is well-written, told in first-person by two characters–Kilo and Shenrae–and is very much a character-driven story. The worldbuilding is fantastic, the character growth well paced, and the attention to detail on actions and environments vivid. If you like Japanese-inspired stories, I encourage you to give Shadow’s Hand a read.

Last for Part Four–but as always, certainly not least–is an absolute gem of an author: Sonja Santangelo! 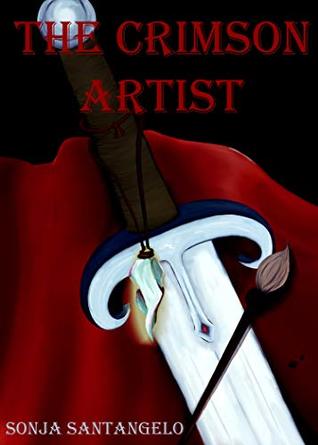 Ahsa, a young artist from the far northern kingdom of Dohv, has been sent to serve her peoples’ greatest enemy, King Elgin of Ahmia. With blood magic that allows her to bring almost anything she draws to life, Ahsa must navigate the hostile kingdom she knows next to nothing about – but she needs to get there, first. From the moment she reaches the border Ahsa and her Ahmian escorts are beset with challenges, from raging storms to vicious kidnappers. Through the many difficulties, she grows closer to Jonsus, one of her escorts and King Elgin’s bastard son. A shared goal of peace between them, the pair must work together to thwart the powers that would drive a greater wedge between their kingdoms – all while building on the tenuous trust they personally share.

This story was one of my first reads of this year, and one of the best so far. I don’t find myself quoting lines overly often, but this one spoke to me: “You can either force your people to build a monument of you and invite them tearing it down once you’re dead, or you can convince them you’re worthy of a monument and have it stand for centuries.”

The prose is beautiful without being complicated; the characters are well-rounded and interesting, the plot was imaginative and didn’t skimp on emotional complexity. If you want a subversive story that keeps you guessing, please give The Crimson Artist a read. I doubt you’ll be disappointed.

That’s all for Part Four–but don’t worry, there is a fifth part to come later this week.

Until then, stock up on some good reads, and ta-ta for now!